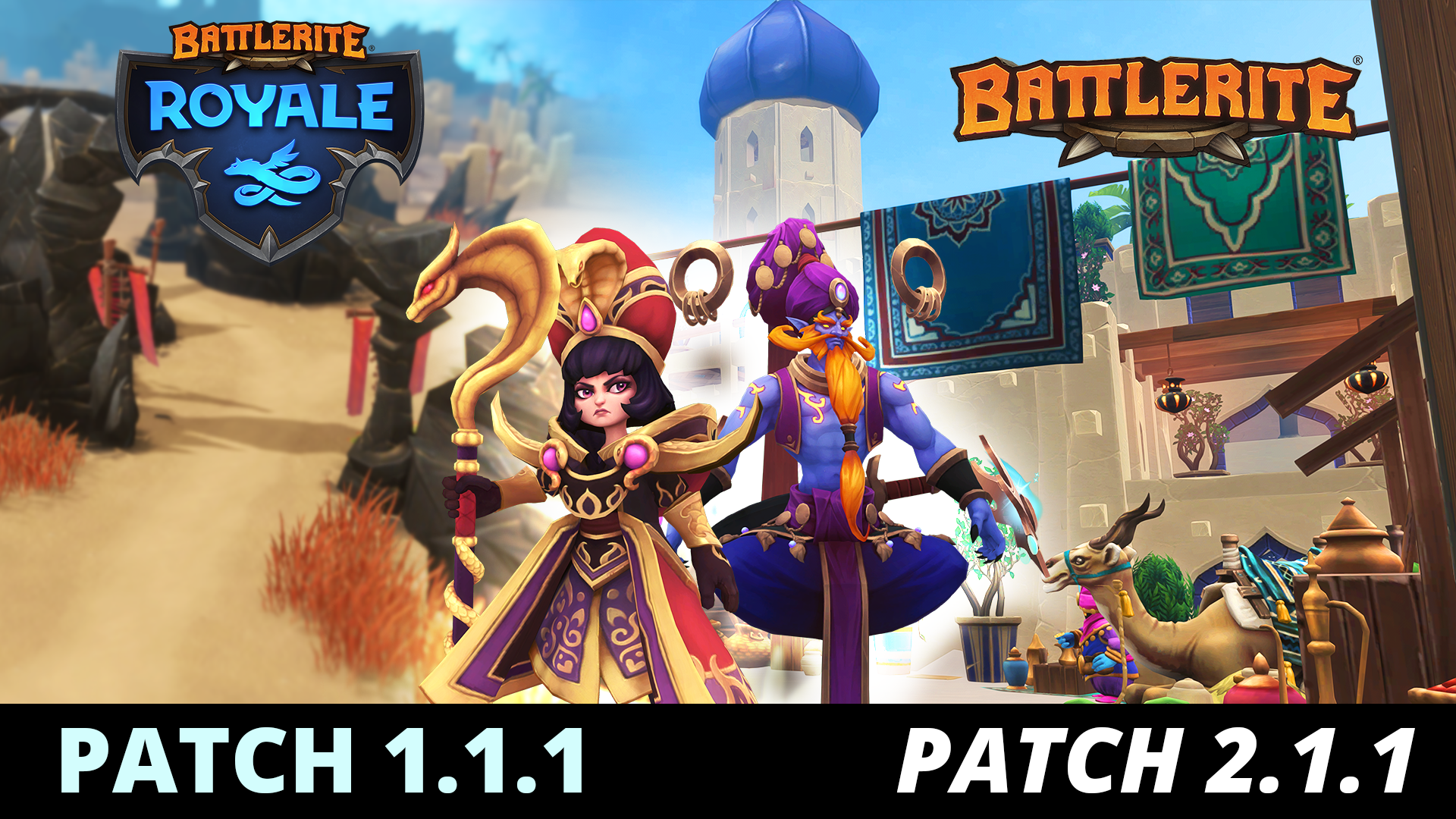 The days are hot in the desert, but the action in Battlerite is hotter!

Stunlock Studios is excited to announce the release of a new Arabian-themed map to Battlerite, The Great Market. Champions can now able to duke it out in this desert bazaar, dodging around stalls and smashing fruit under the hot Trolobian sun. Players who jump into Battlerite Royale will also find several magic lamps have mysteriously appeared across Talon Island – go ahead and give them a quick rub to find out what happens!

In addition, several new Arabian-themed cosmetics can now be found in chests or purchased directly. For a limited time, players can purchase the Azure Djinn Bundle, which contains the new Legendary Azure Djinn Varesh Outfit and Epic Azure Katar Varesh Weapon, for 75% off at 300 Gems or Diamonds. New outfits and weapons for Pearl and Shifu, as well as new flying carpet mounts, have also been added to the game.